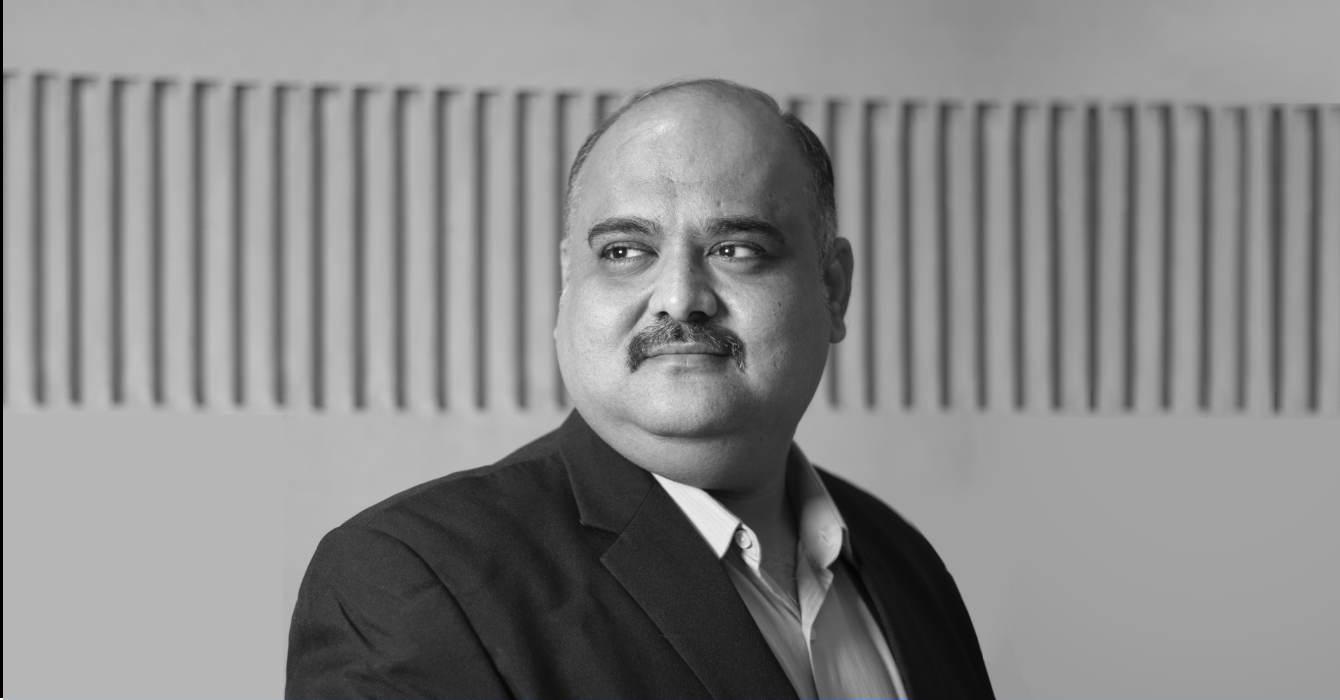 A transformational leader, one of his primary objectives is to transform executives and people with entrepreneurial mindsets in his team into high impact leaders and performers. And plant the seed of courage in those who drastically lack it. He drives people to action by getting them to a point where they feel self-inspired. Guiding people, transforming lives, and offering compelling professional opportunities to candidates move him deeply.

Concentrating on implementing more refined ways of empowering people remains his priority. He has dedicated his life to the betterment of the world around him, believing he is also the byproduct of the experiences he received from society.

Born on 6th December 1979 to Mr Mahendra M. Bhatt and the Late Mrs Jyoti M. Bhatt as their second child, Kandarp Bhatt has always been an utterly curious kid. As a child - he enjoyed spending time with his elder sister, Darshana and his grandfather Mukundrai Bhatt, who instilled family values in him that guide his actions and decisions.

With roots in Bhavnagar, a city in the Saurashtra region of Gujarat, his father moved quite early on in his life to Ahmedabad as it offered massive opportunities. And after which, the family started living there. His father has been a busy man all his life; he was highly professional and married to his work. The way his father conducted himself had a profound impact on Kandarp’s life; as a child, he always wanted to be like his father.

Since his father was busy with his work - his mother handled everything at home, which enabled him to spend more time with her. He was extremely close to his mother and would do anything to make her happy.

Kandarp’s family, friends, and the city of Ahmedabad played an imperative role in shaping his future and life philosophy.

Kandarp did his schooling at Diwan Ballubhai School, Paldi, Ahmedabad; he studied there up to the 10th standard. Although he has been an average student academically, he possessed a high IQ which always surprised his family, friends, and teachers. He consistently performed well in extracurricular activities.

In 1995, after completing the 10th standard from Diwan Ballubhai School, Kandarp took admission at RR Dwivedi High School, Ahmedabad, to finish his schooling. Those two wonderful years resulted in lots of fun, learning, and good friends.

In 1997, he enrolled for a Bachelor of Science (Chemistry) at Bhavan’s Sheth R.A. College of Science. During his graduation - Kandarp’s
friendship with Chintan Shah and Sapan Bhatt (he met them in the final years of his school) grew boundlessly; they became friends for life.

In 2002, he enrolled in a part-time MBA program in International Business from Nirma University; that was the time he used to work over 18-hours a day as he was already working with a company.

Bachelor of Science in Chemistry from Bhavan’s Sheth R.A. College from 1997-2000.

SSC from Diwan Ballubhai School in 1995.

Someone who doesn’t shy away from going to great lengths to accomplish his goals, Kandarp started ZealousWeb, with his brother-in-law Vishal Bhatt in 2003. Vishal acts as the co-founder and chief financial officer (CFO) of the organisation - whereas Kandarp is its founder CEO.

The fact that Kandarp was only 24-years old when he set the foundation of his organisation - is evident enough to understand how earnestly he was hitching his wagon to a star. Both Kandarp and Vishal have modest backgrounds and were determined on establishing an organisation where people get accepted, respected, and recognised for their talent, creativity, and contributions. The company that began with a small office that could barely accommodate a handful of chairs, today, ZealousWeb has splendid offices in India, the USA, the UK, and Qatar.

Of course, the journey wasn’t easy, but it wasn’t impossible either because he was clear about his purpose. He wanted to contribute towards the betterment of society, and the best way to do so was to create employment opportunities for the people. In the beginning, like any other business leader out there, he faced several challenges, but he never called it quits. And that’s because he had an undying desire to give back to the community.

Listening to music and singing for friends, family, and his team

Cooking occasionally for friends and family

Getting deeper into data science

As a part of his entrepreneurial journey, Kandarp received multiple invitations to be a speaker at international conferences, and he accepted all of them wholeheartedly. As his growth trajectory continued to see an upward movement, he addressed gatherings on subjects like establishing outsourcing agencies, digital marketing, web design & development, etc.

He has an incredible aura that helps capture the audience attention in the best way possible. Be it his confidence, in-depth understanding of the subject, or his desire to convey the message clearly - everything works beautifully in his favour as a speaker.
About